Below is a story of two women that took a trip down the Manigotagan River:

My friend, Ruth Bonneville, and I share a common trait — we rarely choose the easy path. Some call it a character flaw, but I prefer Ray Myers’s description, “a bit ambitious.” The soft-spoken, engaging owner of Heartland Archery, a Winnipeg hunting and canoe-rental outfitter, probably thought we were in over our heads when we sauntered into his shop one Saturday afternoon in early July to pick up the canoe we planned to take down 70 kilometres of the Manigotagan River. We were.

Don’t let this river’s nickname as “the mighty Bloodvein’s little sister” fool you. It is no sissy. But like all good sisters, it can deliver blunt but necessary advice when needed, impart powerful wisdom with grace and love, and be a faithful wingman on one of life’s great journeys.

Ruth and I had both done our share of canoeing in the past but not in whitewater. We wanted to learn, we wanted to be alone in nature for several days and we wanted to be challenged. The Manigotagan, located in Nopiming Provincial Park, delivered.

We rented a canoe from Heartland. The staff was excellent and the gear solid and reliable. Myers is the guy you want to see at Heartland. He’s an expert paddler, knows the local rivers and has the necessary patience and experience to size up novice paddlers and impart the exact nuggets of wisdom they’ll need to bring themselves, and his gear, back in one piece.

The canoe we initially rented was far too heavy. We wanted a sturdy boat but we could never have managed the 28 portages that lay ahead. Myers put us in a lighter canoe and then taught us some basic portage and lifting moves in the parking lot. Compared with the first canoe we tried to manoeuvre over our heads, it felt great. (‘This is like a heavy purse,’ I said, feeling cocky — a comment Ruth enjoyed flipping back as I cursed through our sixth portage a few days later.)

The next morning, gear packed and amped with excitement, we set out for Pine Falls, the last place to gas up and buy last-minute food supplies (we got wine, bacon and licorice) before Manigotagan. About two hours after leaving the city, we pulled into Charles and Marilyn Simard’s yard. Charles is a ‘river steward’ and the Simards have a nice little business hopping in with people to go upriver to start their trip (we started at Quesnel Lake; Long Lake is 96 kilometres from Manigotagan and will add another two days to your trip). After the canoe party unloads, Marilyn or Charles will drive your vehicle back to Manigotagan where it will remain safely parked in the Simard’s yard, a short distance from the river where your journey will end.

On this day, Marilyn rode in the back and the three of us chatted about the river, her family and life in general. If she had her doubts about our ability to manage this river, she was too polite to voice them. When we arrived at Quesnel Lake and put our canoe in the water, I stared out in the distance in awe. “Wow, we’re heading out there?” No, she said softly, pointing in the opposite direction. “You need to go that way.” Great.

We set out, a bit nervous but telling ourselves it was just excitement. Two women of the wild, running a river! In fact, our first portage would have made a good YouTube video on how not to portage. All good adventures have one good screw-up, and I made mine before we even hit the Perimeter Highway. When we were organizing our gear in Winnipeg, I left my sturdy water sandals on the roof of Ruth’s van. When we unpacked at Quesnel Lake, I had my heavy leather hiking boots and what I’d slipped on leaving the house, a pair of blingy platform Skechers flip-flops. Not wanting to risk soaking my boots on the first day, I attempted the first portage in these. Add to that, our gear was not very well organized. (We had too many small bags, which we eventually compiled into two larger packs). Hiking up the steep hill on our first portage, with my silly footwear and 19 little bags hanging off me, all that was missing was a Starbucks coffee balanced in my free hand.

We got better — we had to. There were 27 rapids ahead of us, and while we planned to try running the easier ones, we knew we’d spend a lot of time lugging gear. But each day, our portages were smoother and more efficient. We got into a routine.

A river is a path, and like any of life’s paths it is easier when you stop resisting what may not be comfortable and get into the flow of your surroundings. Maybe it’s a girl thing, but the approach Ruth and I took was more “the gracious guest” than, “Let’s conquer this river, show it who’s boss!” For us, this was a spiritual journey, too. We knew we’d have to let go, roll with whatever came up, stay aware and stay grounded if we were going to stay safe. This approach translated into little rituals — we’d say a blessing before tackling each rapid and at the beginning and end of each day. Did it make a difference? I think that’s the wrong question. It made us feel better. It acknowledged the reverence we felt being so far in the woods, vulnerable yet cradled.

During the next five days, we shot seven rapids, did 21 portages, saw five moose, six bald eagles and countless beavers. (Ruth called it our Canadian safari — the perfect way to celebrate Canada Day.) We did not see another soul. Our greatest challenges were portage fatigue, which hit hardest on the last two days, and the bugs, which didn’t bother us on the water but some of the campsites were quite boggy and therefore buggy. The mosquitoes could get bad after dusk, so we made sure to be zipped up in the tent by 9:45 pm., the ‘witching hour.’ During the day, we encountered black flies and horse flies that seemed unfazed by bug spray, but we noticed them less each day.

Ruth was very diligent on the bear front. She had a bear bell, whistles for both of us and bear spray. When we were in the bush, she’d frequently check in to make sure we were armed — she had the spray strapped to her belt and I had my compact, rather dull hunting knife, which I finally convinced her should be a last resort. “Um, Ruth, I don’t think we want to get into a knife fight with a bear.”

The rapids we encountered on our first few days were more like waterfalls, so we honed our portage skills. By the time we approached Kettle Rapids (which we later unofficially renamed Ass Over Tea Kettle Rapids), we were eager to give it a shot. The experiment was a success — in that we survived and the canoe was intact — but it was not pretty. These rapids were beyond our pay grade, but the problem with a true novice is they don’t know when to be afraid. We hiked our gear to the end point, donned our life-jackets and helmets (mine an equestrian helmet, Ruth’s was for biking), said a prayer and pushed off.

The rapid began with a daunting ledge; if we made it over that we’d have to navigate around a few boulders before being swished out the end. We did not. Water swirled ferociously at the bottom of the ledge and immediately jack-knifed our canoe. I spilled out first, yelled to Ruth I was OK and we both bounced down the rapid, canoe off in one direction, paddles in the other.

We were fine. I got the canoe, Ruth swam for the paddles and we met at our bags, where we hugged, jumped up and down and screamed like giddy schoolgirls. (Coming down off that adrenaline high was not nearly as fun.) We felt an odd relief, knowing we dumped and were fine. The worst had happened. We played it safe with the next two rapids, but the following day successfully shot four.

Between the rapids, the river was calm and we lucked out with blue skies and warm weather throughout the trip. The river is stunning, surrounded by changing landscape that alternated between boreal forest and Canadian shield. Soon we came to learn that when we saw several granite rock formations, a rapid was just around the corner. They were well marked on the map, but even without you couldn’t miss the low rumble of moving water, which meant it was time to start watching for the portage take-out sign, a yellow cross nailed to a tree marking the path, which would range from 50 to about 450 metres.

One day, after eight hours in the canoe, we started to wonder about a mysterious cabin Charles and Marilyn told us about. The amiable, soft-spoken Charles built this hunting cabin to use during the winter. His cabin is rustic and welcoming, with a note inviting guests to use what they need and leave things as they found them. We perched on the granite rocks and watched the sun set, sipping from a wineskin and munching on crackers and warm cheddar cheese, laughing over the day’s events.

By the end of our six-day journey, we were already planning our next canoe trip. The experience was harder than we expected (no leisurely hours spent reading and journalling) but we both dug deep and found the energy not just to keep going, but to stay focused on safety, encouraging each other every step of the way, finishing with a huge sense of accomplishment.

Lakes are fun and laid-back, a great place to relax or holiday. But rivers bear an unmistakable parallel to life. They are constantly changing, often in quiet, subtle ways you may not notice. They can be fierce one minute, gentle and forgiving the next. At times, your instinct will tell you to avoid the choppy waters just ahead — instead, take a wide berth and carry on. Other times, you will know the only way is straight through the middle. You may get banged up a little, but you’ll come out the other end stronger and better for embracing the challenge.

Rivers inspire awe and gratitude, and they make us want to carry on to see what’s around the next bend. Ultimately, as the famous American author Norman Maclean put it, “Eventually, all things merge into one, and a river runs through it.”

Click the link for pictures from this amazing trip: Link 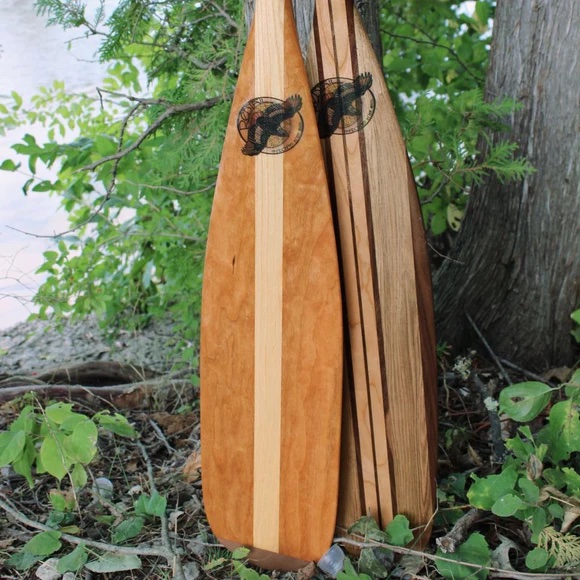 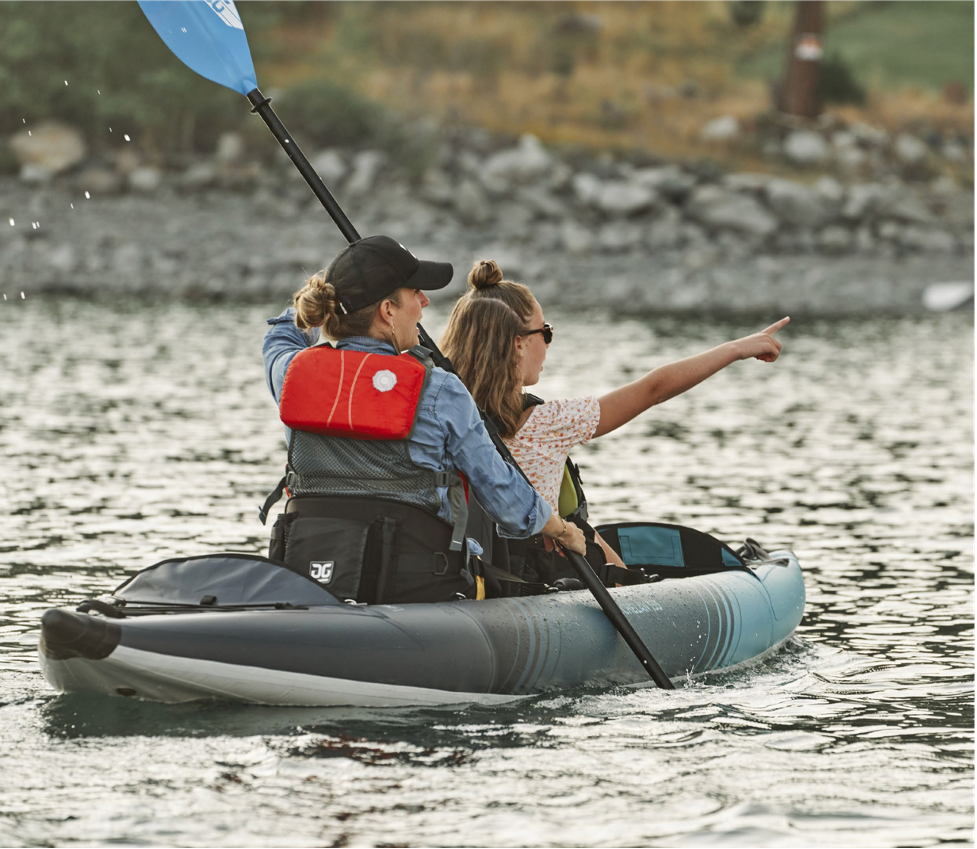 Check out our wide variety of rental specials!

Check Out These Useful Links

NO ROOF RACK NEEDED! we provide everything you needWe ensure the boat you rent will not contribute to Invasive Species Returns can be done on the way home for the lake. Anytime 24/7Convenient Online BookingsFREE Pick Up and Return Days AvailableConveniently located en route to the lakeLarge fleet of boats & trailers for renting to large groupKnowledgeable & Dedicated StaffBEST longterm-rental DISCOUNTComplimentary Accessories; Seats, Paddles, Lifejackets, Road Holders, Food Barrels & more